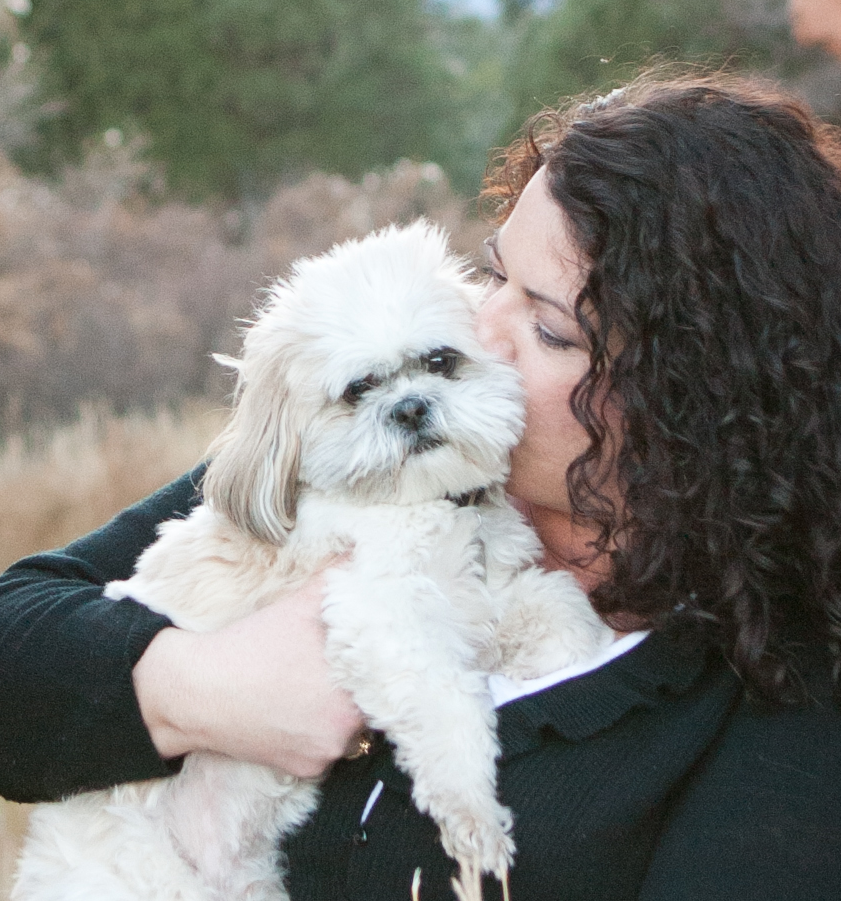 I have a small wooden plaque in my kitchen that reads, “My goal in life is to be the person my dog thinks I am”. I suppose that when people read it they see it like a bumper sticker. Curious and meaningless. But to me, it’s profound.

But, as far as dogs go, he’s an amazing little marshmallowy ball of joy. He has touched my heart more than almost anything else God has used on my healing journey.

He thinks I’m worth protecting. Murphy is a lover, not a fighter. But one day on the way to the mailbox, Murphy prancing along in front of me, turns and darts towards me. About the same time, I get nipped on my heal by the neighbors bratty Chihuahua that never stays in his fenced yard. Before I could turn around, my little Murph man had that dog pinned up on the porch. Murphy was growling, showing his teeth, and crouched down moving in on him. I’d never seen anything like that from him before, or since. He thinks I’m worth protecting.

He thinks I’m worth comforting. Murphy will sometimes go with me to my counseling appointment. If my counselor (all counselors should have a counselor) and I are doing particularly hard work, I’ll bring Murphy just to help keep me present. He’ll sit beside me, but the moment I get teary or upset, he gently crawls on my lap to curl up. He think’s I’m worth comforting.

He thinks I’m worth being physically close to. When I first got Murphy, I didn’t know what to do with him. He was this tiny little black and white fuzz that wanted to be with me all the time. If I was doing dishes, he would sit on my feet. If I was in bed, he would snuggle next to my head. I found out very quickly how much I wasn’t used to having someone in my zone. Then I found out I liked it. He thinks I’m worth being physically close to.

There was a time in my life when I thought I wasn’t worth protecting. I believed I deserved to be abused, used, and neglected.

There was a time when I thought I wasn’t worthy of comfort. I believed I deserved to be alone in my sadness and fear.

There was a time when I believed I was unlovable, and deserved to be betrayed and deceived.

There was a time when I believed I was worthy of abandonment. I felt like the missing kid on the milk carton, that nobody ever went looking for.

There was a time when I believed touch meant being hurt. I believed I didn’t deserve to know healthy touch.

My little Murphy, teaches me every day that I am already the person he thinks I am, I just need to believe it.

If you are unsure of your worth, spend some time God’s most magnificent creature, a dog. They will see in you what you can’t see in yourself.

How can we help? Send us a Message